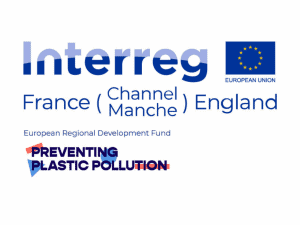 The South East Rivers Trust has been tackling pollution in rivers ever since it was formed – as the Wandle Trust – 20 years ago.

Becoming involved with the Preventing Plastic Pollution project, on the River Medway, seemed a natural step. Plastic pollution affects all rivers, however. Therefore we want to develop our work beyond one area by engaging with a wider public as well as including the issue in our catchment action plans.

A year’s worth of cleanups give us the perfect evidence to shape behaviour change across our whole area – and the annual Plastic Free July campaign presents an appropriate moment to raise awareness of the issues and strive to change our habits. Set up in 2011, the annual campaign aims to help people reduce their reliance on single-use plastic and live by more sustainable methods.  Below, we’ve come up with several suggestions for you to try in July – and hopefully continue with well after one month.

Why is plastic such a big issue?

Watch an episode of Call the Midwife, the period drama set just after the Second World War, and you will be hard pressed to spot any pieces of plastic. Yet in the 70 years of our Queen’s reign, plastic has infiltrated our lives so much that it has become the preferred material for creating just about everything.

From a starting point of 1.5 million tons of plastic manufactured in the year 1950, a graph produced by the Plastic Oceans website shows that more than 370 million tonnes were created in 2021.

This reflects that plastic is versatile, cheap and light – to manufacture as well as to transport. It is also waterproof and – as food suppliers will argue – can keep products fresh for longer. Plastic, in robust form and used for the long-term, is in many items we use regularly – vehicles, waste bins, guttering, or computers and telephones.

However, in single-use form in particular, plastic is not always easy to recycle. Furthermore, it is also in many items that are not so obvious: only in recent years have the general public become more aware that it is in coffee cups (which look like paper, but are lined with plastic sheets), wetwipes, chewing gum and cigarettes butts to name just a few items.

Our single-use, disposable culture has left us with a global problem of plastic ending up in our environment. Latest figures on the Plastic Oceans website estimate that 10 million tonnes of plastic per year moves from our rivers to our seas. Meanwhile, the Preventing Plastic Pollution  project estimates that 50% of marine litter is single-use items.

Plastic not only pollutes our wildlife: there is evidence that plastic particles – in the form of microplastics – have worked their way into the human food chain, via the ocean wildlife that we eat.

Investigating the issue of plastic in our rivers and oceans – and what can be done about it – was the reason that PPP set up seven pilot projects across England and France, via the EU Interreg VA France (Channel) England Programme.

The South East Rivers Trust runs one of them, on the River Medway – which rises in Ashdown Forest in Sussex and meanders through Kent to the coast, making it a perfect catchment to demonstrate how plastic moves from rivers to oceans. Project statistics state that 80% of plastic in the ocean originally comes from rivers.

Volunteers separate what they find on Preventing Plastic Pollution cleanups

Evidence from a year’s cleanups

Over the years, many activities and groups have highlighted  the issue of plastics in our environment. Plastic Free July  was one of the first to shout about the issue and encourages us to change our habits and refuse single-use plastic. An estimated  50% of plastic manufactured each year is designed for single-use products. It is a shocking figure, particularly if we paused to think about how much single-use plastic we don’t actually need.

In the past 12 months,  our Preventing Plastic Pollution project has removed nearly a ton of litter from the Medway. Our fabulous 379 volunteers have carried out 17 litter picks and sorted the collected items into types, to identify common problems and their sources.

The majority of this is single-use plastic. The most common items have been drinks bottles, their lids, plastic bags, sweet wrappers and other food packaging. Then there are cotton bud sticks, polystyrene from packaging, film and even pens. Sadly, there are also a huge number of plastic pieces that we couldn’t identify because the original item has degraded into microplastics.

Whatever the plastic, however, experts estimate that  only 9% of what is produced is ever recycled.

Combining our evidence and field experiences with the long-standing Plastic Free July campaign gives us a powerful moment to change our habits.

Below are some simple changes suggested by our team – from our daily lives and hobbies.

All of them encourage us to reduce our reliance on single-use plastic.

Making the switch at home

Washable cotton pads are an alternative to wetwipes, which contain plastic

Changing our ways when out and about

Altering habits in our hobbies

Use compostable pots or toilet rolls, which break down in the ground, for growing seeds